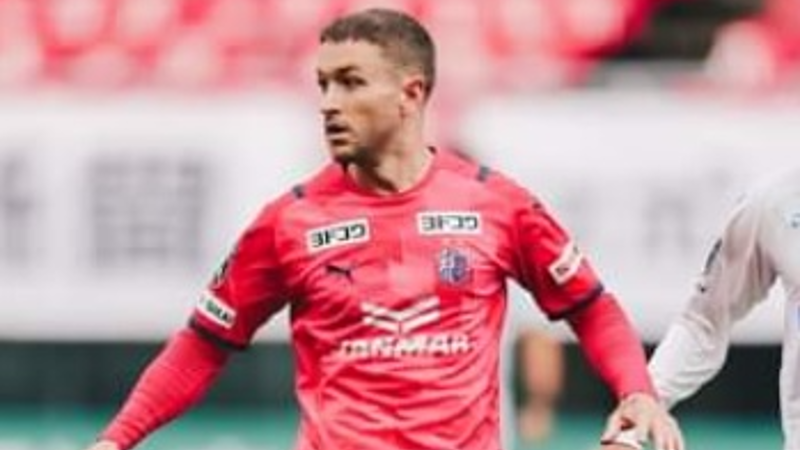 Mitch Duke continued his hot run of recent form with a goal for Fagiano Okayama in the Japanese J2.League in a 2-1 win over Tokyo Verdy on Sunday.

Duke made it three goals in five games when he netted his side’s second goal in the 58th minute, with a fine header at the near post from a right-wing cross.

Four minutes earlier, he had provided the assist for Yudai Tanaka’s opener, although it was inadvertent with Stefan Mauk doing the hard work with a ball across goal.

Duke played 72 minutes, while Mauk started and got through 88 minutes in the win which lifts Fagi up to fourth.

Adam Taggart was back from injury, playing as a 77th minute substitute as Cerezo Osaka lost 3-0 at home to Kashima Antlers in the Japanese J.League.

Taggart has not played in the league since October, having been sidelined with a knee injury.

Riley McGree put in a full shift as Middlesbrough won 3-1 over Stoke City to stay in contention for the top six in the English Championship. McGree received a 7/10 rating from Teesside Live who wrote: “Linked well with Tavernier on the left hand side, was positive and always wanting to be on the ball.”

Jay Rich-Baghuelou scored his first-ever goal for Accrington Stanley in a thrilling 4-3 win at AFC Wimbledon in League One. The Olyroos defender played a full game and opened the scoring in the 18th minute with a spectacular long-range strike.

Tom Rogic was a 61st minute substitute in Celtic’s 1-1 draw with Rangers in the Scottish Premiership on Sunday, earning a 4/10 rating from the Daily Record, who wrote: “Showed some neat feet to spring a few breaks but was on the back foot in the final few minutes.”

Cristian Volpato was an unused sub as AS Roma drew 0-0 with Bologna in the Italian Serie A on Sunday.

Mat Ryan was on the bench as Real Sociedad drew 1-1 at Rayo Vallecano in the Spanish La Liga on Sunday.

Joel King returned to the OB starting line-up and played a full game as they won 1-0 over AGF in the Danish Superliga on Sunday.

Milos Degenek was absent due to injury as Columbus Crew won 3-0 over Brad Smith’s DC United in the MLS on Sunday, with Smith putting in a full shift.