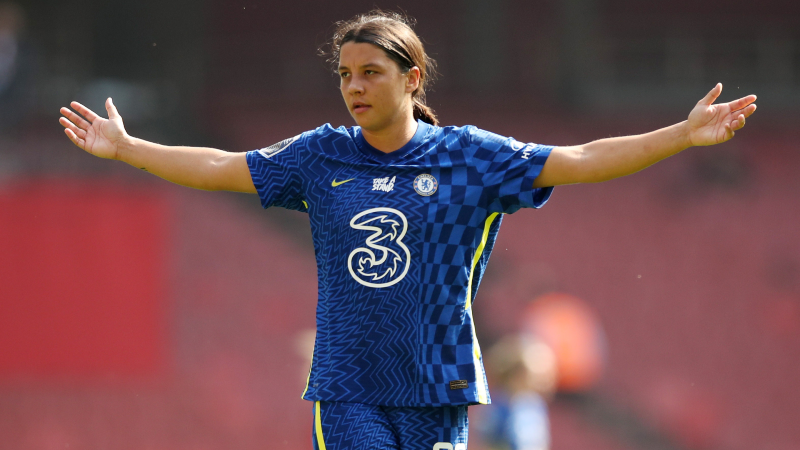 Sam Kerr played a full game and hit the crossbar with a first-half chance as Chelsea were hammered 4-0 by Wolfsburg in the Women’s UEFA Champions League in midweek.

Kerr tried her luck with an audacious left-foot volley in the 27th minute with Chelsea down 2-0 at the time.

The Matildas skipper’s side had their Women’s Super League fixture with West Ham on the weekend postponed after several positive COVID-19 tests.

Elsewhere, Lydia Williams was in goal but conceded four as Arsenal were beaten 4-1 by Hoffenheim.

Williams wasn’t at fault for any of the goals. Steph Catley put in a full shift while Caitlin Foord was an unused sub.

The Matildas goalkeeper has only played once in the league this season, but has been used four times in the Champions League.

Tessa Tamplin was a 79th minute substitute for Servette as they lost 4-0 to Juventus.

Emily Gielnik started and played 80 minutes for Aston Villa in a 5-0 loss away to Manchester United in the English Women’s Super League on Sunday.

Kyah Simon wasn’t in the Tottenham squad which won 1-0 over Everton.

Amy Harrison was a 90th minute substitute for PSV Eindhoven in a 2-1 home victory over ADO Den Haag.