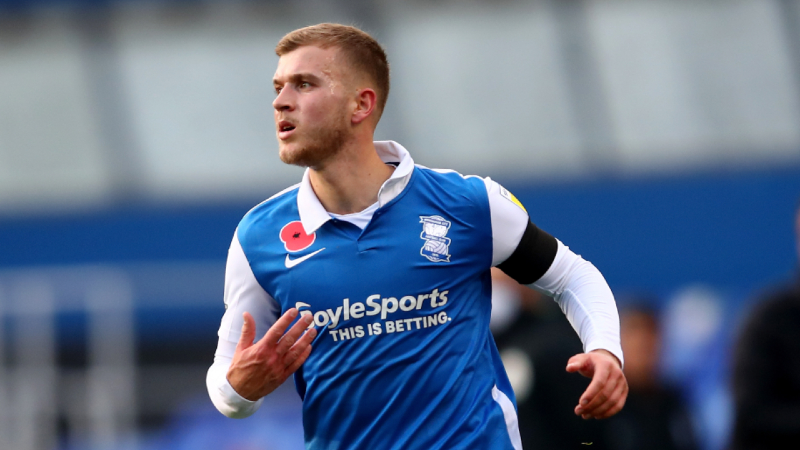 Riley McGree and Kenny Dougall faced off, both playing full games as Birmingham City edged Blackpool 1-0 in the English Championship.

McGree earned a 7.5/10 rating from the Birmingham Mail who wrote: “Very little to work with in the opening 45. Came much more into it in the second and his part in the build-up to the goal should not be ignored. Neither should the fact it came after a change of position.”

Dougall was rated Man of the Match by The Gazette with a 7/10 and wrote: “Pool’s standout performer. Caught the eye with some sharp, incisive passing, especially in the first-half.”

Callum Elder was a 62nd minute substitute in Hull City’s 2-1 win over Millwall, earning a 6/10 rating.

The Hull Daily Mail wrote about Elder: “Slotted back into left wing-back and although he looked rusty at times he is a threat going forward as well as defending well.”

Bailey Wright impressed at the back, earning a 8/10 rating with a full shift as Sunderland won 2-1 at Jack Iredale’s Cambridge United. Iredale also played a full game.

The Sunderland Echo wrote about Wright: “Superb throughout. Headed dangerous balls away, made some good blocks and made good decisions in possession.”

Massimo Luongo played another full game as he rebuilds his match fitness as Sheffield Wednesday drew 2-2 with Wycombe.

Luongo received an 8/10 rating from Yorkshire Live who wrote: “Put in a disciplined, hard-working performance in the middle of the park. Got stuck in and produced a number of crunching challenges to disrupt the visitors’ rhythm. Wednesday must keep him fit if they are to challenge for automatic promotion.”

Cameron Devlin played a full game and earned a 6/10 rating as Hearts won 2-0 over St Mirren.

Football.Scotland wrote about Devlin: ” Combative in the middle of the pitch – what we’ve come to expect from the young Aussie.”

Martin Boyle was suspended after a midweek red card as Hibernian won 2-1 at St Johnstone.

Apostolos Giannou made his first appearance of the season as a 58th minute substitute while Bruce Kamau got 15 minutes off the bench as OFI won 2-1 over Ionikos in the Greek Super League on Sunday. Jimmy Jeggo put in a full shift as Aris won 1-0 at PAOK in the derby.

Aziz Behich started and played 86 minutes as Giresunspor claimed a stunning 4-0 win away to Besiktas in the Turkish Super Lig.

Mitch Langerak conceded an own goal as a shot cannoned into the crossbar then deflected in off his back and into the goal in Nagoya Grampus’ 2-1 loss at Adam Taggart’s Cerezo Osaka in the Japanese J.League. Taggart was out injured.