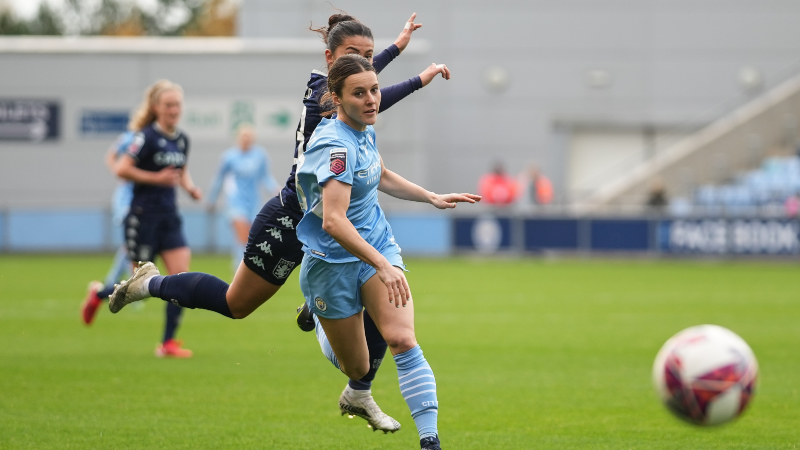 Hayley Raso came off the bench to score a double as Manchester City won 5-0 over Aston Villa in the English Women’s Super League on Saturday.

Raso, who has been out with a shoulder injury lately, made a stunning impact after being introduced in the 64th minute, with an assist along with her two goals.

The Matilda opened her account in the 77th minute, side-footing home a deflected effort after Villa keeper Hannah Hampton riskily kept the ball in play.

One minute later Raso stole the ball in midfield, received a ball and raced into the box to center for Lauren Hemp to score.

Raso had her second in the 81st minute when she fired in from close range after collecting a loose ball off the crossbar.

Hemp praised Raso when she said: “She definitely made an impact. She put the ball on plate for me for my goal. It shows the depth of the squad – we have players coming on who can change the game like that. It was an important result for us.”

Elsewhere, Sam Kerr scored a hat-trick and got an assist as Chelsea ran riot in a 5-0 win over Birmingham City.

Kerr took her Women’s Super League season tally to nine goals with her treble, with all three goals in the first half.

Emily Gielnik also returned from injury as a 69th-minute substitute for Villa.

Ellie Carpenter got the opening assist as Olympique Lyon won 4-0 away to Issy in the French Feminine Division. Carpenter started and played 54 minutes.