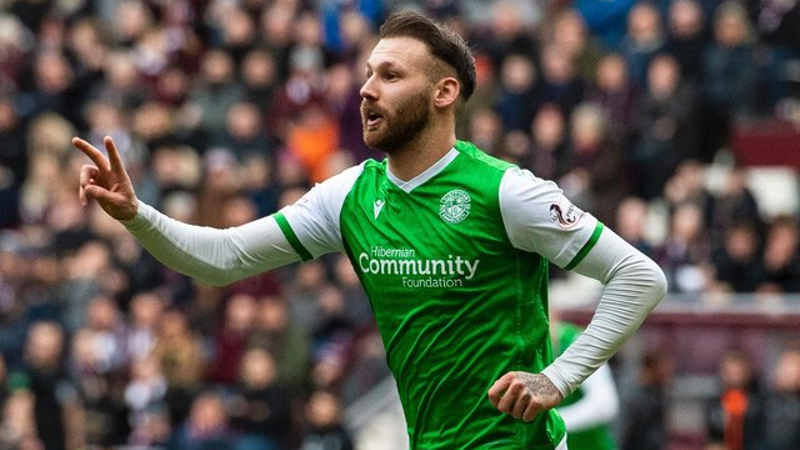 Martin Boyle scored a hat-trick to send Hibernian into the Scottish League Cup final with a 3-1 semi-final victory over Rangers on Sunday.

Boyle scored all three goals in the first half as Hibs raced to a three-goal lead against the Scottish champions.

The Socceroo scrapped the ball over the line from a ninth-minute corner, before lashing home a 21st-minute chance from Kevin Nisbet’s pass into the box.

Boyle was brought down in the 37th minute and stepped up to fire the resultant penalty and complete his hat-trick.

Football.Scotland rated Boyle 9/10 and wrote: “Heroic performance from the talisman. Three composed goals but on top of that, his constant running and link-up with Nisbet was a thorn in Rangers’ side, especially in the first half.”

Hibs will play Ange Postecoglou and Tom Rogic‘s Celtic in the final.

Trent Sainsbury got his name next to a shambolic own goal as Kortrijk drew 1-1 away with Belgian giants Anderlecht in the First Division A on Sunday.

Sainsbury put in a full shift in the draw, but was left trying desperately to prevent a goal-bound Habib Gueye’s header from crossing the line.

The Socceroo got his boot to the wayward header but it still crept over the line after Kortrijk had failed to clear a corner, allowing pinball inside the box.

Riley McGree played a full game as Birmingham City lost 2-0 at Hull City on Saturday. Callum Elder was absent for the Tigers due to illness.

McGree received a 5.5/10 rating from the Birmingham Mail who wrote: “Played out of position at right wing back and didn’t look comfortable. Allowed Longman to scoot past him – even if the ball went out before it was crossed. However, he did at least try to influence the game from deep, running in behind but without producing the end product his strikers needed.”

Massimo Luongo put in a full shift as he continues his recovery from injury in Sheffield Wednesday’s 3-2 win at Accrington Stanley in League One.

The full game was Luongo’s first since returning earlier this month, having missed almost three months through injury.

Luongo earned a 7/10 from the Examiner who wrote: “Provided balance and control in midfield on his return to the starting XI, allowing others to express themselves. An early booking for a mistimed challenge on Conneely was the only blot on his copy book.”

Cam Devlin played a full game in Hearts’ 2-0 loss to Motherwell in the Scottish Premiership. The Edinburgh Evening News rated Devlin 6/10 and wrote: “Had a better afternoon than his midfield partner with his typical energy and pressing, but still not great.”