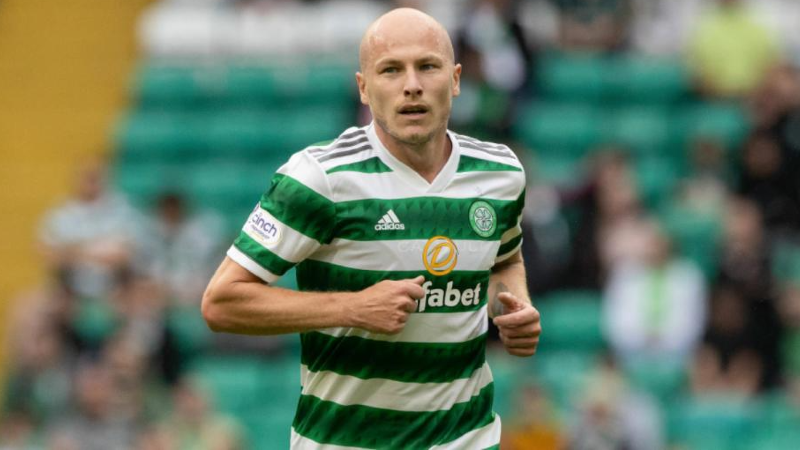 Socceroos defender Kye Rowles debuted for Hearts as they won 2-1 over Ross County on the opening weekend of the Scottish Premiership.

Nathaniel Atkinson also started but went after 28 minutes due to illness, while Cameron Devlin was a 78th minute sub.

The Scotsman rated Rowles 6/10 and wrote: “First competitive game in Scottish football and there is potential but should have done better for Jordan White’s goal. He will know that he has to improve.”

Atkinson was rated 4/10: “Completely off the pace, with illness apparently sapping him of energy. Made a last-ditch tackle to deny a County opener but Neilson did him a favour by taking him off after just 28 minutes.”

Aaron Mooy made his league debut for Celtic, coming off the bench in the 83rd minute as they won 2-0 over Aberdeen on Sunday.

Mooy, who is still building up his conditioning, was given a 5/10 rating by the Scottish Daily Express who wrote: “Played out the last 10 with no issues.”

Mark Birighitti played a full game in his Dundee United debut as they drew 1-1 at Kilmarnock. Aziz Behich was absent after his midweek move from Turkey.

The Scotsman rated Birighitti 7/10 and wrote: “Australian goalkeeper stood up well on his debut – sometimes literally – to keep out Killie and Liam Polworth in particular. Good second half stop too but no chance with late equaliser.”

Ryan Strain and Keanu Baccus made their league debuts for St Mirren in a 1-0 home loss to Motherwelll. Baccus played a full game while Strain started and was replaced in the 73rd minute.

Ryan McGowan made his league debut for St Johnstone, putting in a full shift, as they lost 1-0 at home to Hibernian with Lewis Miller an unused sub for the winners.

Phill Cancar started but was replaced after 34 minutes following a close call for a second yellow card as Livingston lost 2-1 to Rangers.

Riley McGree played a full game in a key midfield role as Middlesbrough started the new Championship season with a 1-1 home draw with West Bromwich Albion.

Teesside Live rated McGree 6/10 and wrote: “Not his best display. He tried to be positive but not much came off for him on this occasion.”

Elsewhere, Kenny Dougall was a 65th minute substitute as Blackpool edged Reading 1-0. Dean Bouzanis was an unused sub for the Royals.

Callum Elder was a 73rd minute sub for Hull City in their last-gasp 2-1 win over Bristol City.

Bailey Wright was an unused sub as Sunderland drew 1-1 with Coventry City on Sunday.

Young goalkeeper Jacob Chapman was an unused sub for Huddersfield in Friday’s 1-0 loss to Burnley.

League One also resumed although the Aussie contingent is smaller this season, with Jay Rich-Baghuelou the only one seeing game-time, playing a full game as Accrington Stanley drew 2-2 with Charlton Athletic.

Cameron Burgess and Jack Iredale were both unused subs as Ipswich drew 1-1 with Bolton, while Olyroo Caleb Watts started his loan spell at Morecambe from Southampton as an unused sub in their 0-0 draw with Shrewsbury.

Alou Kuol was an unused sub for VfB Stuttgart in Friday’s 1-0 win at Dynamo Dresden.

Anthony Kalik scored as HNK Gorica drew 1-1 at NK Rijeka in the Croatian Prva HNL on Sunday. Kalik put in a full shift and scored the equalizer in the 77th minute, while Deni Juric was replaced after 33 minutes due to injury.