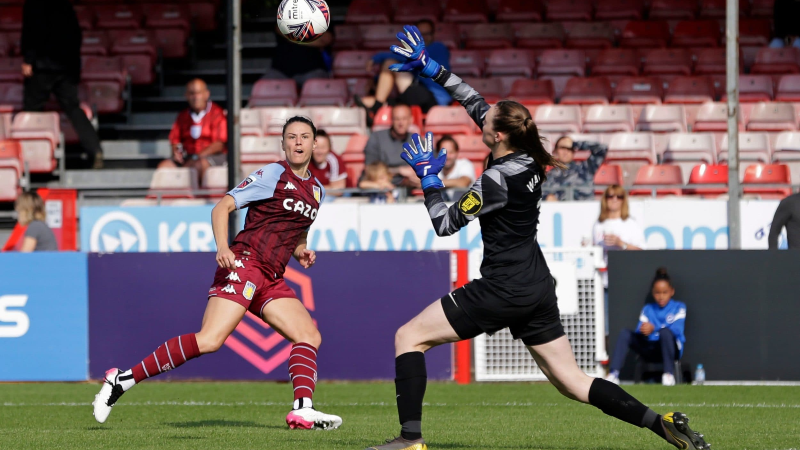 Emily Gielnik scored her second goal for Aston Villa since her move to the Women’s Super League as they won 2-0 away to Everton on Sunday.

Gielnik put the Villans ahead in the 17th minute when she turned home Jill Scott’s creative cutback after the Everton goalkeeper punched a cross high into the air.

The goal was Gielnik’s second for Villa since netting in her second game for the club back in September.

Sam Kerr, Caitlin Foord and Steph Catley all played full games as Chelsea drew 0-0 with Arsenal on Friday night in a top-of-the-table clash.

Foord had a first-half penalty shout turned down after contact down the byline with Jessica Carter, while Kerr almost swooped on a loose ball inside the box late in the first half.

Kerr missed a golden opportunity in the 55th minute when Pernille Harder cut back for the unmarked Matildas forward but she fluffed her left-foot shot completely.

Mackenzie Arnold put in a full shift while Tameka Yallop returned as a 46th minute substitute in West Ham’s 3-0 loss at Leicester City.

Beattie Goad was an unused sub as Granadilla Tenerife won 3-1 over Villarreal in the Spanish Primera Division Feminina.

Amy Harrison was also left on the bench as PSV won 3-1 away to Alkmaar in the Dutch Eredivisie Women.