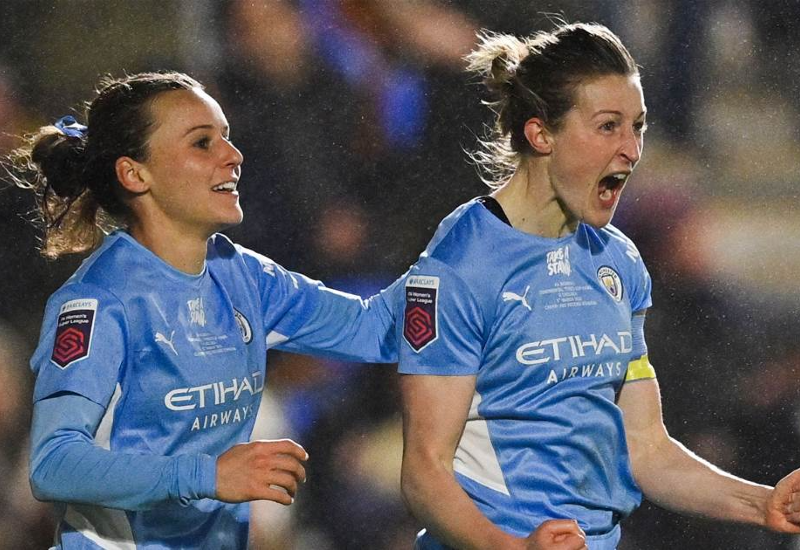 Kerr contested a high ball with the City keeper which was fumbled, swooping on the loose ball to swivel and shoot home in the 34th minute.

City, however, fought back with three second-half goals as Raso, who played 82 minutes, and Kennedy, who put in a full shift, tasted glory.

Catley curled in a corner for Raffaele to head in their opener in the 14th minute, while the Matildas left-back pushed forward and found Beth Mead after a determined effort for Arsenal’s third goal in the 71st minute.

Birmingham pulled two goals back before Foord, who came on in the 60th minute, got in behind and drilled in a low shot for Arsenal’s fourth goal.

Emily Gielnik started and played 65 minutes as Aston Villa lost 1-0 at home to Brighton, while Kyah Simon played a full game as Tottenham drew 0-0 at Reading.

Aivi Luik put in a full shift while Ella Mastrantonio was an unused sub as Pomigliano won1-0 at Internazionale in the Serie A Women.

Beattie Goad was a 59th-minute substitute as Granadilla Tenerife lost 4-1 at Atletico Madrid in the Spanish Primera Division Feminina.

Amy Harrison was a 75th-minute sub as PSV Eindhoven lost 1-0 at home to ADO Den Haag in the Dutch Eredivisie Women.