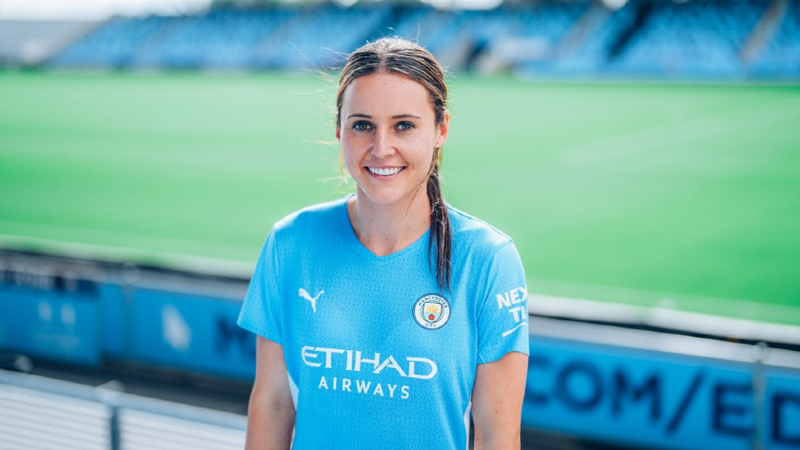 Hayley Raso had a busy shift on the flank and provided an assist as Manchester City won 3-2 at Birmingham City in the English Women’s Super League on Sunday.

Raso was involved heavily down the right wing, setting up a chance for Ellen White who hit the post, while Lauren Hemp shot over after the Matilda’s cutback.

Finally Raso was rewarded, showing persistence to win the ball back down the right side and cross on her left foot for Hemp to head in to make it 2-2 in the 44th minute.

Raso played 73 minutes, while Alanna Kennedy put in a full shift but got away with a defensive error when she allowed Libby Smith a chance yet she shot over.

Sam Kerr was guilty of a few misses as Chelsea were stunned 1-0 by Reading on Saturday.

Reading went ahead early, before Kerr glanced a header across the face from a corner.

Kerr also was on the end of a tough offside call in the first half, but she was denied by Reading keeper Grace Moloney anyway.

The goal was Simon’s first for Spurs, slotting from the spot despite keeper Hannah Hampton going the right way.

Simon played 90 minutes but was subbed off late, while Emily Gielnik got through 83 minutes.

Lydia Williams returned to the Arsenal starting line-up and kept a clean sheet, while Caitlin Foord was an unused sub in a 4-0 victory over Leicester City.

Steph Catley came on after an hour, providing an assist for Frida Maanum’s 83rd-minute goal.

Mary Fowler got an assist as Montpellier won 1-0 over Sochaux in the French Feminine Division 1.

Fowler, who started and played 71 minutes, laid off the pass for Dominika Skorvankova’s 20th-minute winner.

Ellie Carpenter put in a full shift at full-back as Olympique Lyon won 2-1 over Paris FC.