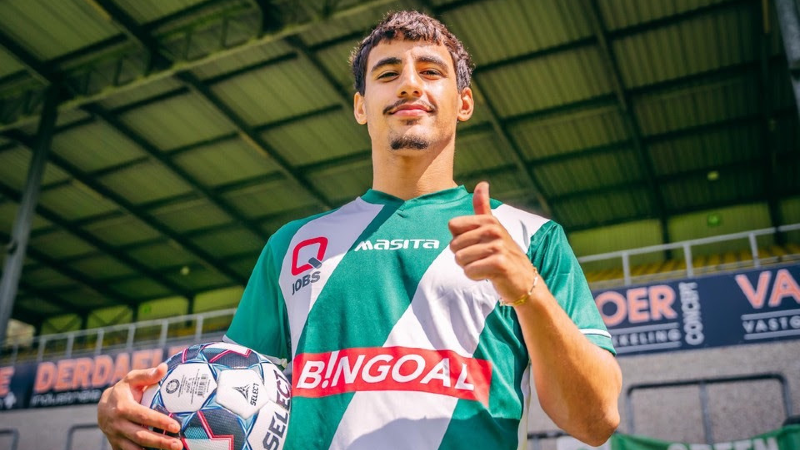 Trent Sainsbury drifted forward on a slalom run before netting a fine low strike in Kortrijk’s 2-1 home win over Leuven in the Belgian First Division A on Saturday.

Sainsbury, who played a full game, scored in the 63rd minute going on a run from his own half and firing in a low shot.

The goal was Sainsbury’s first this season and helped Kortrijk move into the top half.

Daniel Arzani scored his first goal for Lommel in a 2-1 defeat to Excelsior Mouscron in the Belgian First Division B.

The Australian netted in the ninth minute, controlling a lofted pass into the box and slotting it home on his left foot.

Riley McGree provided two assists in a full shift as Birmingham City drew 2-2 with Cardiff City in the English Championship.

McGree earned an 8/10 rating from the Birmingham Mail who wrote: “Top display from McGree this afternoon. He played his part in Deeney’s opener and matched a physical Cardiff team for work rate and desire in the middle of the pitch.

“He notched his second assist for Sunjic’s goal before half-time and continued his fine first-half performance in the second period.”

Callum Elder was an unused sub as Hull City drew 2-2 with Bristol City, while Kenny Dougall also remained on the bench as Blackpool lost 1-0 to Derby County.

Tom Rogic scored the winner as Celtic knocked off Motherwell 1-0 in the Scottish Premiership on Sunday.

Rogic side-footed home on the stroke of half-time from a set-play free-kick where he drifted unmarked into space.

The Socceroo received an 8/10 rating from Football.Scotland who wrote: “Lovely goal from the Aussie magician to break the deadlock and stepped it up after the break along with rest of the team.”

Martin Boyle received a 6/10 rating after playing a full game as Hibernian drew 1-1 at St Mirren on Saturday.

Football.Scotland wrote: “Quiet in the first half but produced an excellent cross for Nisbet. Miles off his early-season form.”

Cameron Devlin played 86 minutes as Hearts were beaten 2-0 by Rangers on Sunday.

He received a 5/10 rating from the Edinburgh News who wrote: “Poor defending for the opener and really struggled in the first 30 minutes. Improved after but, similar to Haring, was down to Rangers granting more space.”