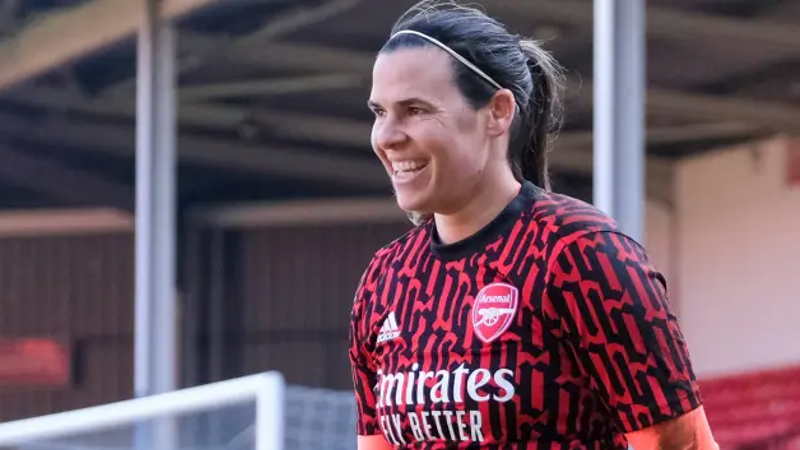 Lydia Williams earned her first seventh start of the season and kept a clean sheet as Arsenal breezed into the FA Cup semi-finals after a 4-0 home win over Coventry City on Friday.

Williams wasn’t kept overly busy as the Gunners dominated, with Steph Catley an unused sub and Caitlin Foord coming on for a 33-minute cameo.

Foord’s cross was part of the lead-up for Beth Mead’s goal in the 59th minute, before the Matilda spurned a good chance late on.

Alanna Kennedy put in a full shift and helped Manchester City keep a clean sheet in their 4-0 home win over Everton, while Hayley Raso was an unused sub against her former side.

Mackenzie Arnold returned for West Ham United and kept a clean sheet as they won 1-0 over Ipswich Town. Tameka Yallop was a 74th minute substitute.

Sam Kerr was left on the bench as Chelsea cruised past Birmingham City 5-0.

Ellie Carpenter provided an assist in Olympique Lyon’s 3-0 victory away to Dijon in the French Feminine Division.

Carpenter, who played a full game, got forward from a corner and lobbed a pass for Catarina Macario’s 35th minute strike to make it 2-0.

Mary Fowler was a 66th minute substitute as Montpellier won 6-0 over Guingamp.

Amy Harrison was a 69th minute substitute as PSV Eindhoven won 2-1 in extra-time over ADO Den Haag in the Dutch Women’s Cup semi-finals.

Beattie Goad was an unused sub as Grandilla Tenerife went down 2-0 at Real Madrid.