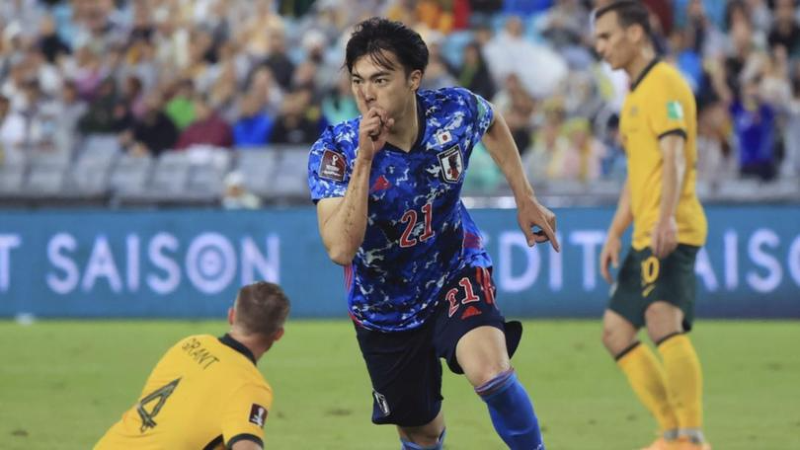 Australia’s hopes of automatic 2022 World Cup qualification came to a grounding halt last night but there was an air inevitability around that, given our campaign and more recent personnel issues.

To be honest, those challenges would’ve softened the blow for many fans, who saw this one coming.

In saying that, the bleak tone of the 10 Football commentary team post-game made it feel like we’d done an Italy and been eliminated. We are very much still alive in qualifying!

The bad news is now know we need to qualify the hard way, but that felt inevitable after poor draws with China and Oman.

The reality is Saudi Arabia and Japan are the best two teams in the group. If we edged either for a top-two spot, they would’ve rightly felt an injustice was done.

Don’t underestimate the importance of Aaron Mooy and Tom Rogic to this team. Arguably they’re this generation’s most established players and most likely to dictate terms on the ball. Add to that Jackson Irvine’s midfield hustle, as well as Riley McGree who has the ability to impact as a sub.

In that context, the endeavour of the side was admirable. Gradually they fatigued and Japan’s depth, with their late substitute Kaoru Mitoma scoring the decisive two goals, told. But Australia’s effort and technical quality – namely the unrelenting Mitch Duke and the brilliant Ajdin Hrustic – were standouts.

The problem for Hrustic was too often he was isolated in attack, which comes down to our inability to control possession and get up the field as a unit. Coach Graham Arnold relied on Hrustic’s individual brilliance to create opportunities in attack, which he managed a few times, including a pinpoint cross for Duke. But against Japan, that’s not good enough.

Debutant Gianni Stensness had a few bright moments in midfield too, particularly with his touch, although he was found out and naïve a few times, but that’s to be expected given the step-up. He’s worth persisting with.

Most fair football fans would agree Japan deserved to win and qualify. The Samurai Blue were better. They had 20-9 shots, 7-3 shots on target and 58-42% possession on the night. They had almost 150 more passes at 81% accuracy. They were more cohesive, more dangerous and better technically. The game could’ve, and should’ve, been decided earlier if not for some wasteful finishing from Liverpool’s Takumi Minamino.

So with that known, it’s worth introspection why this generation of Socceroos have fallen to a level so inferior to our Asian rivals. Of course, we were missing key players who would have made a difference, but our lack of depth comes down to our development system and is a major discussion the game needs to tackle.

Failure, more than anything, leads to change. It forces introspection. It demands new methods. But as Winston Churchill said: “Success is not final; failure is not fatal”. It will hurt if it happens but it offers us a great opportunity with the necessary urgency to re-invent ourselves.

The US national team provides a great example of what a failed World Cup campaign can do. Even if Australia scrape through the playoffs, how we develop the next crop is our great question. We’re simply not among Asia’s elite right now.

I’m reluctant to kick this team while they are down. The issues in quality were obvious. Just look at the team sheets pre-game and where players ply their trade. There is a gulf.

The one thing you could argue is Arnold took too long to change things up and bring on fresh legs with the game locked at 0-0. Beyond Jimmy Jeggo replacing the booked Connor Metcalfe at half-time, the Socceroos boss waited until the 68th minute to inject Bruno Fornaroli and Marco Tilio.

Neither made much impact, although Tilio went on a bright run. Arnold may be spared criticism given the lack of quality and depth on the bench, hence his decision to delay, but with the game drifting into Japan’s control in the second half, he needed to do something to grab the momentum back and bring the crowd into it.