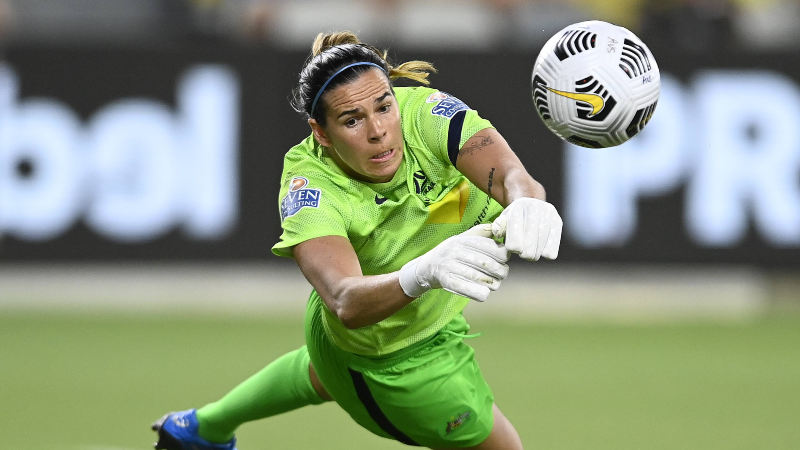 Matildas goalkeeper Lydia Williams has exited Arsenal after largely being relegated to second choice with links of a move to French giants Paris Saint-Germain.

Williams played only eight times throughout the 2021-22 season for the Gunners, including only two Women’s Super League appearances.

She was used four times in the UEFA Champions League but was clearly behind Manuela Zinsberger as their preferred shot-stopper.

That news comes two months after her Arsenal teammate Steph Catley re-committed to the club with a new multi-year contract.

“It feels absolutely incredible,” Catley said. “I’ve been here for two years now and I’ve made some incredible friendships and I feel right at home here.”

In club action, Emily van Egmond and Alex Chidiac faced off in the National Women’s Soccer League in the United States as San Diego Wave and Racing Louisville drew 0-0 on Saturday.

Van Egmond played a full game while Chidiac started and got through 89 minutes.

Chloe Logarzo has returned to training following her ACL injury sustained in September last year but wasn’t in the Kansas City Current side that beat OL Reign 1-0 on Sunday.