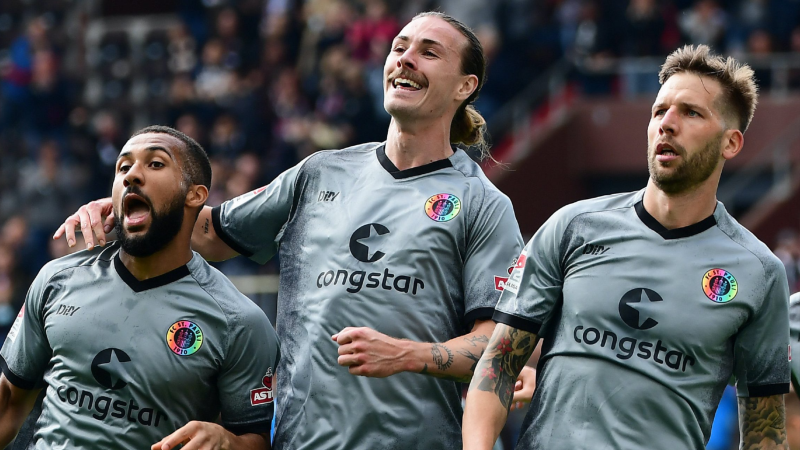 Socceroo Jackson Irvine started the new German 2.Bundesliga in style with a headed goal in St Pauli’s 3-2 win over FC Nurnberg on Saturday.

The Australian midfielder played a full game, picking up a 62nd minute booking on the opening weekend of the new season.

Olyroo John Iredale was an unused sub for Paderborn in their 5-0 win over Karlsruhe on Sunday. Iredale spent last season on loan at third tier club Wehen Wiesbaden.

The Danish Superliga resumed, with Joel King‘s OB up against Nordsjaelland on Monday.

In the Scottish League Cup on Saturday, Ryan Strain debuted for St Mirren following his off-season move from Maccabi Haifa, putting in a full shift in their 2-0 win at Cowdenbeath.

Murray Miller, who is on loan at Alloa Athletic from Rangers, debuted in their 4-1 win at Buckie Thistle.

Dylan McGowan was a 58th minute sub as Kilmarnock won 3-0 at Montrose, whose Aussie keeper Aaron Lennox was replaced after 71 minutes.

Deni Juric debuted for HNK Gorica following his loan move from Dinamo Zagreb, playing a full game in a 2-1 loss at Osijek. Anthony Kalik also put in a full shift.

Mitch Duke played a full game on Sunday as Fagiano Okayama drew 0-0 with Tochigi in J2.

In Korea’s K League 1, Harrison Delbridge and Alex Grant both played full games for their clubs.

Milos Degenek returned from injury as an 89th minute substitute in Columbus Crew’s 2-0 win over Cincinnati in the MLS.

In friendly action, Awer Mabil made his debut for Cadiz in a 6-0 win over Balbate, impressing on the left flank off the bench.