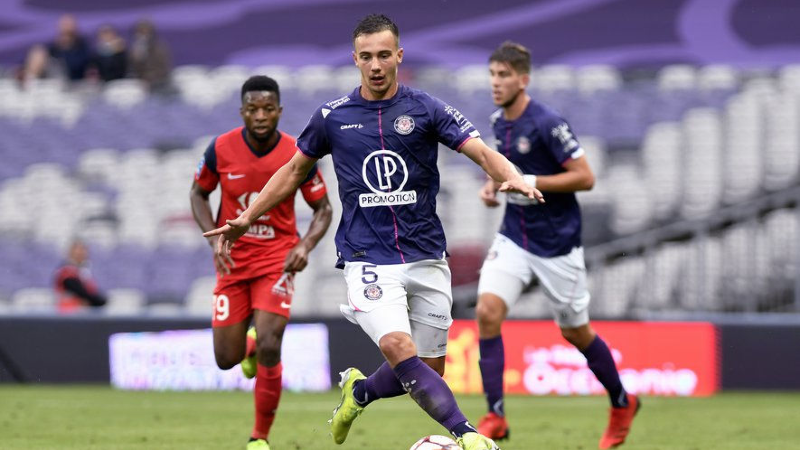 Denis Genreau came off the bench to net the winner as Toulouse celebrated promotion with a 2-1 victory over Nimes 2-1 in the French Ligue 2.

Genreau was brought on in the 76th minute and scored only two minutes later, drilling home a low effort from the edge of the box at the second attempt.

Jackson Irvine provided two assists as St Pauli took a 2-0 lead before going down 3-2 to Schalke 04 in the German 2.Bundesliga.

The defeat is a major blow for St Pauli’s promotion hopes, leaving them in fifth spot with one game to play, while Schalke clinched automatic promotion and the league title with the win.

Ajdin Hrustic put in a full shift as Europa League finalists Eintracht Frankfurt drew 1-1 with Borussia Moenchengladbach in the German Bundesliga on Sunday.

Kalik made it 2-0 in the 39th minute, before netting the equalizer from the spot in the 90th minute.

Tom Rogic was a 77th minute substitute as Celtic moved closer to the Scottish Premiership title with a 4-1 home win over Hearts. Rangers beat Dundee United on Sunday, meaning Celtic will have to wait to be crowned champions.

Nathaniel Atkinson played a full game for Hearts, while Cam Devlin was an unused sub.

Callum Elder put in a full shift as Hull City finished their season with a 1-1 home draw with promotion contenders Nottingham Forest in England’s Championship.

Elder got a 7/10 rating from the Hull Daily Mail who wrote: “Slotted back into the side with ease and looked much more like the Elder of last season. A player I’d be wanting to keep around the place next season.”

Riley McGree played a full game in Middlesbrough’s 4-1 loss at Preston North End, meaning they missed the playoffs. McGree got a 4/10 from Teesside Live who wrote: “Like Crooks, just anonymous on this occasion.”

Bailey Wright and Massimo Luongo faced off in the League One playoffs, both playing full games as Sunderland won the first leg 1-0 over Sheffield Wednesday on Friday.

Wright earned a 7/10 from the Chronicle who wrote: “Very solid at the heart of defence.”

Luongo got a 6/10 from Yorkshire Live who wrote: “Had some tidy moments in the engine room. Put in several crunching challenges and almost created a chance after a good raid down the right flank. Booked.”

Brad Smith got an assist as DC United won 2-0 over Houston Dynamo in the MLS on Sunday.

Smith, who played a full game on the left flank, laid off the pass with a cross into the box for Taxiarchas Fountas’ second goal in the 43rd minute.