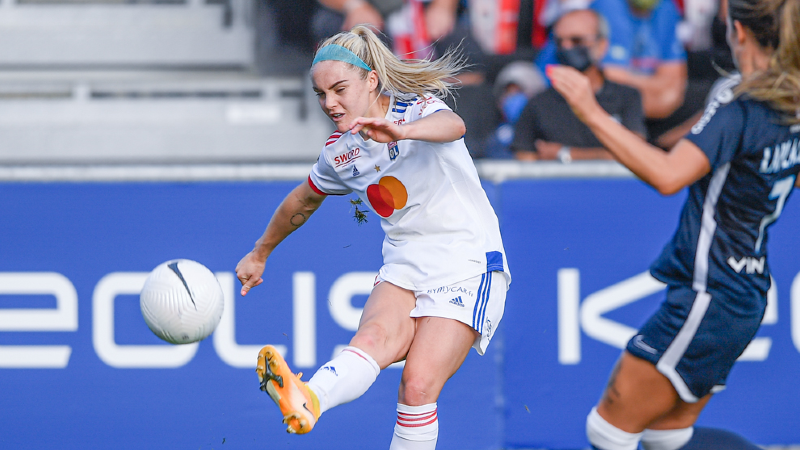 Lydia Williams got a rare start and kept a clean sheet while Caitlin Foord got an assist as Arsenal eased past Emily Gielnik’s Aston Villa 7-0 in the English Women’s Super League.

Foord laid off the pass for Vivianne Miedema’s strike to make it 2-0 in the 13th minute.

Foord, Steph Catley and Williams all put in full shifts, with the latter keeping a clean sheet in her second league start of the season.

Mackenzie Arnold and Tameka Yallop played full games as West Ham United went down 3-0 at Manchester United, while Kyah Simon was a 79th minute substitute as Tottenham drew 2-2 at Everton.

Alanna Kennedy played 73 minutes while Hayley Raso was a 63rd minute substitute as Manchester City won 7-2 over Brighton on Saturday.

Ellie Carpenter played a full game at right-back as Olympique Lyon reached the Women’s UEFA Champions League final after a 2-1 win at PSG sealed a 5-3 aggregate victory in the semi-finals.

Indiah-Paige Riley scored her fourth goal of the season as Fortuna Hjorring won 2-0 away to Brondby in the Danish Kvindeliga on Friday. Angela Beard and Clare Wheeler both played full games too.

Teagan Micah and Courtney Nevin faced off and played full games as Rosengard won 4-1 over Hammarby in the Swedish Damallsvenskan. Charlotte Grant was a 90th minute sub.

Clare Polkinghorne and Katrina Gorry put in full shifts as Vittsjo drew 0-0 with Hacken, while Remy Siemsen started and played 66 minutes as AIK lost 2-0 at Umea.

Joe Montemurro guided Juventus into the Coppa Italia Women final after beating AC Milan 5-3 to clinch an 11-4 aggregate win in the semi-finals. Montemurro’s Juve will face AS Roma in the final on May 21.