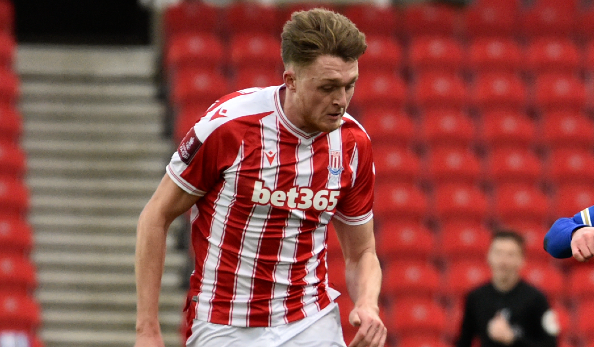 Aussie pair Harry Souttar and Callum Elder faced off as Stoke City won 2-0 over Hull City in the English Championship on Saturday.

Souttar started and played 78 minutes, limping off with a knock which he picked up in the first half but played through. Stoke boss Michael O’Neill said: “We’ll just need to see. He got a kick and has tightened up a bit.

“He was really good defensively today, particularly in the second half in terms of seeing the ball out and not resorting to conceding corners or throw-ins. He did really well that way. We’ll just see how he is in terms of the injury. Hopefully it’s nothing to serious.”

Souttar impressed, earning an 8/10 rating from the Stoke Sentinel who wrote: “A calm dominance in the middle of defence, sweeping and picking passes. Complete class.”

Elder put in a full shift, earning a 6/10 rating from the Hull Daily Mail who wrote: “Made a stunning tackle to deny Clucas early on, one of City’s better performers on the day.”

Martin Boyle maintained his goal scoring with the winning penalty as Hibernian edged St Johnstone 1-0 in the Scottish Premiership.

Boyle won the spotkick with his shot striking the arm of a St Johnstone defender, before firing low to the goalkeeper’s right.

Boyle was handed a 7/10 rating from the Edinburgh News who wrote: “Hibs’ best attacking player and, probably between him and Porteous for man-of-the-match, but it still wasn’t a vintage performance. His showing sums up that of his side.”

Deni Juric scored the opening goal as Dinamo Zagreb won 4-1 away to Slaven Koprivnica in the Croatian Prva HNL.

Juric, who started and played 62 minutes, lashed home a volley at the back post from a ball across goal in the 23rd minute.

After debuting in midweek, Mat Ryan was an unused sub as Real Sociedad won 1-0 over Elche in Spain’s La Liga on Sunday.

Alex Grant netted a consolation goal as Pohang Steelers lost 4-2 at home to Jeju United in the Korean K-League.

Grant, who put in a full shift, headed home from a 79th minute corner, before he also grabbed a late assist too.

Brad Smith got the assist for the opening goal as Seattle Sounders won 2-1 over Sporting KC in the MLS.

Smith started and played 69 minutes, getting forward down the left side to lay off for Cristian Roldan’s 31st minute goal.