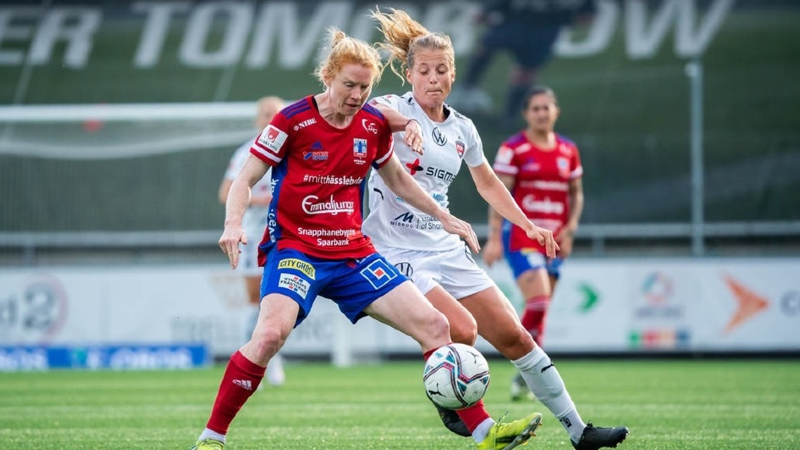 Clare Polkinghorne scored a rare goal and Teagan Micah and Charlotte Grant lifted the Swedish title, while Sam Kerr was in the thick of the Women’s UEFA Champions League action against Juventus.

Matildas defender Clare Polkinghorne opened the scoring as Vittsjo won 3-1 over Hammarby in the Swedish Damallsvenskan on Saturday.

Polkinghorne, who put in a full shift, netted in the 28th minute, marking her first goal in 18 appearances this season.

The 32-year-old signed a two-year contract extension with Vittsjo during the week.

On Sunday, Teagan Micah was replaced at half-time after a knock in Rosengard’s 3-2 win at Pitea. Charlotte Grant started and played 90 minutes. The win secured the title for Rosengard.

Ellie Carpenter and Mary Fowler faced off in the French Feminine Division 1 as Olympique Lyon won 5-0 over Montpellier on Sunday.

Carpenter started and played 62 minutes, while Fowler got through 68 minutes.

Sam Kerr played her part with her deflected shot falling into Pernille Harder’s path for the winner as Chelsea triumphed 2-1 at Joe Montemurro‘s Juventus in the UEFA Champions League on Wednesday.

Kerr was busy in a full shift in attack with her involvement in the winner, as well as almost scoring herself in the 44th minute when she rushed on goalkeeper Pauline Peyraud-Magnin almost deflected it in.

The Matildas skipper brought out a spectacular save from Peynaud-Magnin in the 73rd minute with a high pinpoint effort from the edge of the box.

Elsewhere, Caitlin Foord and Steph Catley were both 74th minute substitutes while Lydia Williams was unused as Arsenal won 4-0 over Hoffenheim.

In the WSL Cup in midweek, Kyah Simon got minutes for the first time since her Tottenham debut in early September, coming on as a 63rd minute substitute in their 1-0 win over Charlton.

Alanna Kennedy returned to the Manchester City starting line-up, playing a full game in a 5-1 win over Everton, while Tameka Yallop played 84 minutes while Mackenzie Arnold was rested as West Ham won 1-0 over Millwall.