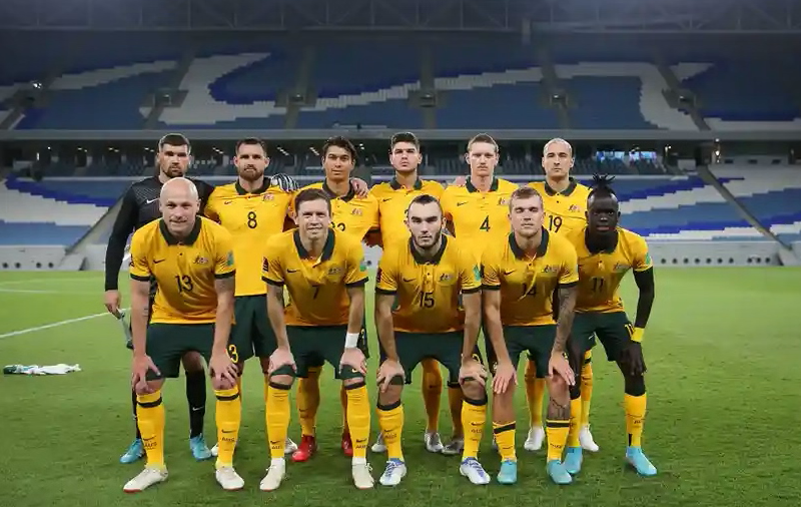 It’s crunch time. For all the talk about Peru, the Socceroos must first get past UAE in the AFC World Cup playoff from 4am AEST Wednesday in Doha. You may recall it was UAE who knocked Australia out of the 2019 Asian Cup so this won’t be easy.

The situation has been further complicated by Tom Rogic’s withdrawal for personal reasons while emerging star defender Harry Souttar remains a long-term absentee due to an ACL injury.

Enough of the preparatory excuses though. While the Australian football public seems resigned to missing out on the 2022 World Cup, this side is still alive, so while that’s the case, there’s still hope.

GGArmy’s Ben Somerford takes a look at some of the burning questions ahead of Wednesday morning’s playoff against UAE.

Will Graham Arnold opt to start Aaron Mooy despite his lack of conditioning?

It was hard to take much out of the 2-1 win over Jordan, although Mooy getting through 62 minutes was arguably the main point of positivity. The 31-year-old midfielder has had barely any competitive gametime over the past six months due to the COVID situation in China where he’s contracted with Shanghai SIPG but he looms as a key figure, given his quality and international experience.

Mooy has shown his commitment to Australia by opting not to return to China out of fear of missing these qualifiers, putting his lucrative contract at risk, instead training in Scotland to build his fitness up to be ready. Given his Premier League experience, he has the best pedigree of any current Socceroos squad member, so his availability is critical. It’s no coincidence Australia collected only two points from the four World Cup qualifiers he missed in the third round, whilst gathering 13 points from the six he played in.

The former Huddersfield man would play a holding midfield role as a number six, probably alongside the tenacious and hard-working Jackson Irvine. The alternatives to Mooy in the role would be Kenny Dougall or Denis Genreau. The former doesn’t seem up to the level and the latter probably lacks the experience for such an occasion. My take is Arnold will turn to Mooy, who has the composure, quality and experience we need. There’s too much at stake not to.

How do the Socceroos replace Rogic?

Whether you think he’s under-delivered at international level or not, Rogic’s absence is a blow. Make no mistake about that. He would’ve come into camp on a high after a successful season with Celtic where they won back the league off Rangers and he was named in the Scottish PFA Team of the Season.

But he’s not irreplaceable. To be honest, if there was one position in the park where we had adequate cover, it’s in Rogic’s creative attacking midfielder role where Ajdin Hrustic can take the lead. The reality is there wasn’t room for both in the starting line-up.

And 25-year-old Hrustic is an outstanding talent with his technical ability and craft and will also enter these playoffs on his own high after being part of the Eintracht Frankfurt side that won the Europa League, calmly slotting his spotkick in the shootout, which will hold him in good stead for these do-or-die matches.

The expectation is Hrustic will play a high midfield role, similar to that he performed in Sydney against Japan, with support on either side from Martin Boyle and either Mathew Leckie, Craig Goodwin or Riley McGree on the flanks.

Beyond set-pieces, where will the goals come from?

Australia have been criticized for their set-piece reliance. That was reinforced after both goals against Jordan came from free-kicks, with Bailey Wright heading in Goodwin’s free-kick and Awer Mabil poking in a Nick D’Agostino header from a goalmouth scramble after a corner. Mooy could’ve also scored, hitting the post with a curling free-kick strike.

Now don’t get me wrong, it’s great we’re scoring from set-pieces, but the worry is that’s where our genuine threat ends against good opponents, and if those opportunities don’t present, we’re in strife. In the four qualifiers against our group’s top two Japan and Saudi Arabia we only scored once, with Hrustic firing in a stunning free-kick against the Blue Samurai. A quick look at this squad on paper shows you only one player is in double figures for international goals; Leckie with 13.

The good news is forward Adam Taggart is back in the fold after injury and has found some form in Japan, scoring two goals in two games, so he should arrive into camp with confidence. Also Arnold has had a rare prolonged block of nine training days to work on his squad’s cohesion, to hopefully get the best out of Mooy and Hrustic’s creativity with the likes of Boyle and Taggart learning to work off them.

In saying all that, if it needs to be set-pieces, that’s OK, we’ll take it. Don’t forget four years ago all three of Mile Jedinak’s decisive goals against Honduras were from set-piece situations; one free-kick and two penalties.