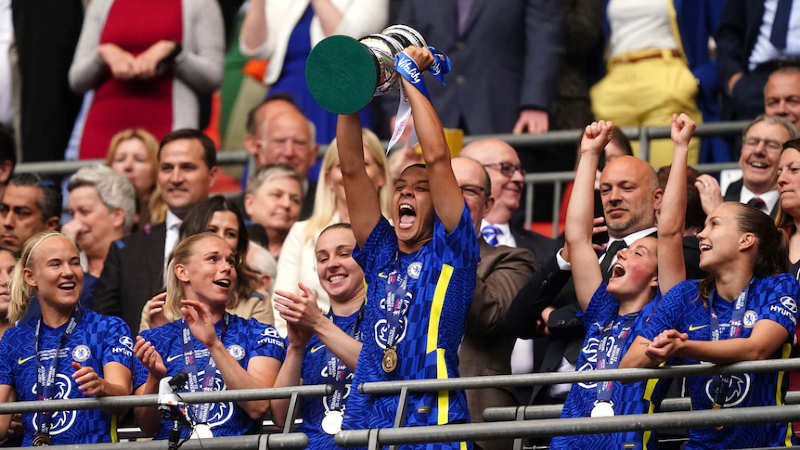 Kerr had an early goal disallowed for offside before opening the scoring in the 33rd minute when he nodded home on the line from Millie Bright’s awkward cross.

In a seesawing game, Chelsea were on their way to victory in normal time after Erin Cuthbert put them 2-1 up in the 63rd minute.

But Raso, who was brought on by City in the 76th minute, had other ideas, chesting down Alex Greenwood’s pass and forcing herself in behind the defence to fire in the 89th minute equaliser.

Kerr, however, had the final say in the 99th minute, with Alanna Kennedy mis-controlling on halfway, allowing the Matildas captain to dribble forward and fire home a deflected strike for the winner.

“There was a moment in the game I thought she was knackered but she just digs and digs and digs. We’ve got an amazing centre-forward.”

The result means Kerr and Chelsea won the league and cup double, having been runners-up in the League Cup and bowing out in the UEFA Champions League group stage.

Kerr finished with 29 goals across the season in all competitions.