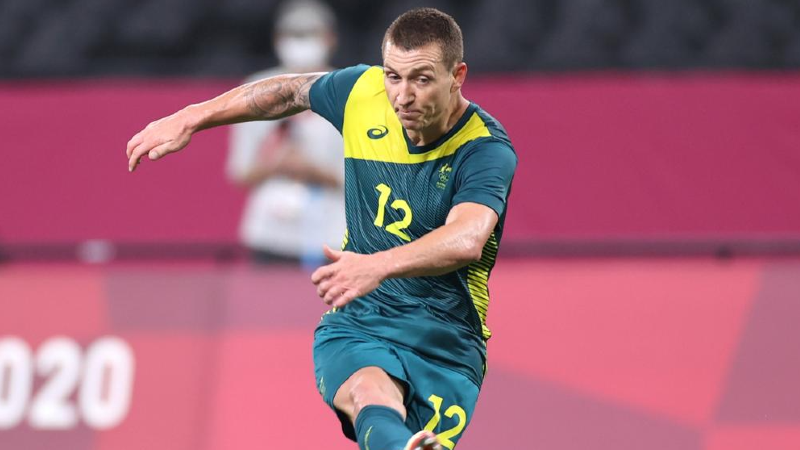 Mitch Duke scored his second goal for Japanese club Fagiano Okayama while Fran Karacic was sent off in his first Serie B appearance this season.

Mitch Duke headed in a fine finish for Fagiano Okayama’s goal to open the scoring in the 74th minute in their 1-1 draw at Ryukyu in the Japanese J2.League on Saturday.

Duke had stung the palms of the Ryukyu keeper, but minutes later laid off a pass which set a move in motion, finishing with precision from Hideki Ishige’s cross.

The Socceroos striker, who moved from Saudi club Al Taawon to J2 outfit Fagiano in August, has netted twice in seven league appearances in Japan.

In Italy’s Serie B, Fran Karacic was given his marching orders only seven minutes after coming off the bench as Brescia lost 4-2 at home to Como.

Karacic came on in the 83rd minute with scores locked at 2-2, before Como went ahead, creating a sense of urgency.

The Socceroo had already received an 86th minute yellow card, when his late tackle in stoppage time saw him booked again and sent off.

Ajdin Hrustic was an 84th minute substitute as Eintracht Frankfurt stunned champions Bayern Munich 2-1 in the German Bundesliga on Sunday.

Mat Ryan was an unused sub as Real Sociedad drew 1-1 at Getafe in the Spanish La Liga on Sunday.

Martin Boyle played a full game as Hibernian went down 2-1 to Rangers in the Scottish Premiership on Sunday.

Boyle received a 6/10 rating from the Edinburgh News, who wrote: “His pace always looks likely to cause problems but Rangers defended well against him and thwarted his impact.”

Tom Rogic was a 72nd minute substitute as Celtic won 2-1 at Aberdeen on Sunday, while Matt Millar started and played 75 minutes in St Mirren’s 1-0 win at Livingston.

Ash Maynard-Brewer played a full game as Ross County lost 1-0 at Dundee United, while Cam Devlin put in a full shift as Hearts won 2-0 over Motherwell.

Anthony Kalik got an assist as NK Gorica won 2-1 at Sibenik in the Croatian Prva HNL. Kalik started and played 79 minutes.

Harry Souttar shook off last weekend’s knock, playing both Stoke City games this week, including a full shift in Friday’s 1-0 home win over West Bromwich Albion in the English Championship.

The Stoke Sentinel rated Souttar 8/10 and wrote: “Calm and composed, ahead of the game to make interceptions and spread play.”

Riley McGree was a 58th minute substitute and “very bright” according to the Birmingham Mail who rated him 6.5/10 in Birmingham City’s 3-0 home loss to Nottingham Forest.