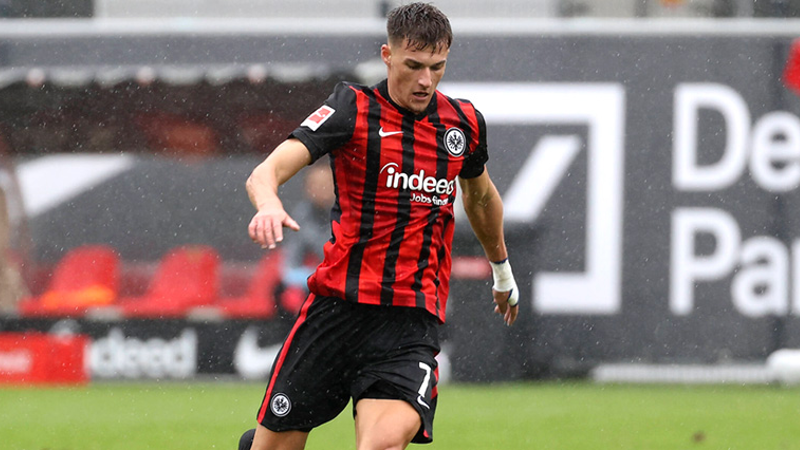 In transfer news, Massimo Luongo is on trial with Championship club Reading, following his exit from League One side Sheffield Wednesday. Luongo played in a pre-season friendly against Colchester United.

Luongo could line up alongside former Liverpool junior Dean Bouzanis who continued his remarkable journey by sealing a switch to Reading from League Two outfit Sutton United on a three-year deal last week.

Bouzanis had starred as United earned promotion to the English Football League for the first time in the club’s 123-year history last year.

Turkish giants Galatasaray and Bundesliga outfit Augsburg are reportedly interested in Eintracht Frankfurt’s Socceroo Ajdin Hrustic, who is off contract in 2023.

Hrustic was part of the Eintracht side that won the Europa League but only made 26 appearances throughout the season. However, there could be increasing pressure for spots at Eintracht with the recent signing of Mario Gotze, and German outlet Bild claims he has been told he’s free to leave.

Free agent Trent Sainsbury was linked with Dutch club Go Ahead Eagles during the week but appears set on a move to Qatari Super League club Al Wakrah, although they’re yet to make the deal official.

Socceroos defender Bailey Wright penned a new two-year deal with newly promoted Championship club Sunderland this week. Wright told the Evening Chronicle: “I’m excited for the future and I want to continue the journey and give my all for the badge.

“Naturally, there were opportunities elsewhere and you do listen to those, but I always knew where I wanted to be and it is quite obvious that it was just a case of getting things sorted and making sure that Sunderland were happy and I was happy. It wasn’t a very difficult decision, if I’m honest, because my relationship here is really good. I’ve really enjoyed working with the gaffer, I feel he is someone who gets the best out of me and that’s important in your career.”

In the J1.League, Adam Taggart was a 67th minute substitute as Cerezo Osaka came from behind to win 2-1 over Kawasaki Frontale, while Mitch Langerak kept a clean sheet as Nagoya Grampus drew 0-0 at Shonan Bellmare at the halfway point of the season.

Mitch Duke was a 62nd minute substitute and Stefan Mauk played 82 minutes as Fagiano Okayama’s promotion push was dented with a 2-0 home loss to Roasso Kumamoto in Japan’s J2.League.

Alex Grant and Harrison Delbridge both put in full shifts and helped their sides keep clean sheets in the Korean K League 1. Ryan Edwards played a full game for Busan I’Park in the K League 2.

Milos Degenek played a full game at the back as Columbus Crew won 2-1 at Toronto in the MLS.