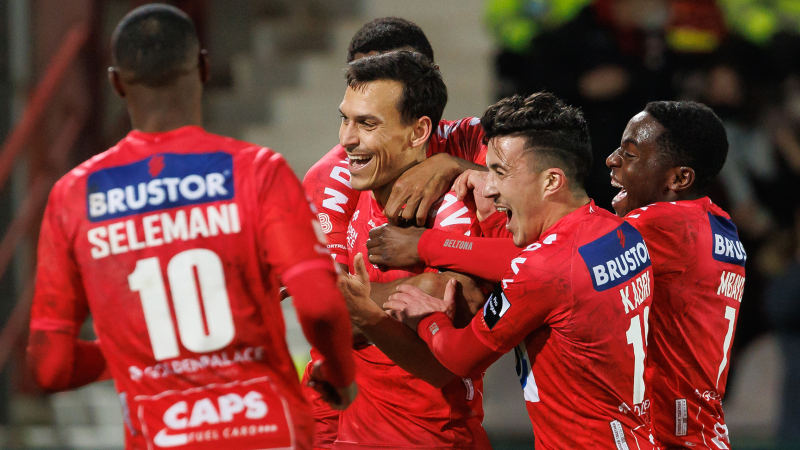 Trent Sainsbury, Stefan Mauk and Mitch Duke all hit the scoresheet over the weekend, while Riley McGree returned from injury and Cameron Burgess was sent off in League One.

Tom Rogic was replaced at half-time as Celtic thrashed St Johnstone 7-0 in the Scottish Premiership.

The Celtic Way rated Rogic 6/10 and wrote: “Rogic was imperious against Rangers at Ibrox in the 61 minutes that he featured. He only got 45 here but it was his dancing feet and fantastic skill that saw him drift into the box in 13 minutes but he succeeded in only toe-poking the ball off Clark’s legs when he ought to have made it 2-0 and he made way for Matt O’Riley at the break.”

Ajdin Hrustic was a 76th minute substitute as Eintracht Frankfurt lost 2-1 at home to SC Freiburg in the German Bundesliga.

Jackson Irvine put in a full shift as St Pauli drew 1-1 with fellow promotion contenders Werder Bremen in the 2.Bundesliga. St Pauli are third and two points behind leaders Schalke but have only one win in their past four games.

Trent Sainsbury netted from the penalty spot as Kortrijk went down 3-2 at home to Anderlecht in the Belgian First Division A. Sainsbury, who put in a full shift, opened the scoring in the 20th minute.

Riley McGree returned from injury to play a full game for Middlesbrough in their 1-0 home defeat to Hull City, who had Callum Elder come on in the 88th minute in the English Championship.

McGree earned a 6/10 rating from the Northern Echo who wrote: “Started the game really well but misplaced a few passes and lost possession at times. All part of a frustrating day.”

In League One, Cameron Burgess was sent off as Ipswich Town drew 1-1 at Shrewsbury. Burgess was given his marching orders for a second booking in the 75th minute for a clumsy tackle.

Stefan Mauk and Mitch Duke both scored as Fagiano Okayama fought back from 2-0 down to draw 3-3 away to Ryukyu in the Japanese J2.League.

Mauk, who played 69 minutes, equalized at 2-2 in the 58th minute, before Duke put Okayama ahead in the 71st minute.