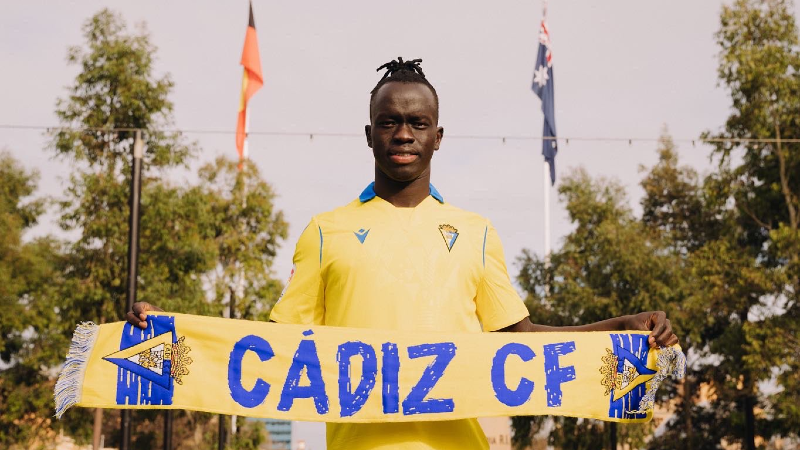 Adam Taggart made his return from injury in Japan, while there’s some major transfer news involving Awer Mabil, Aziz Behich, Tom Rogic and Trent Sainsbury, plus an injury update on Harry Souttar.

Adam Taggart returned from injury with 20 minutes off the bench as Cerezo Osaka drew 1-1 at home with Shimizu S-Pulse in the Japanese J.League on Sunday.

Mitch Duke and Stefan Mauk were both absent as Fagiano Okayama drew 1-1 at Mito Hollyhook in the J2.League.

Aaron Mooy remains away and didn’t play for Shanghai Port as they won 2-1 at Wuhan Yangtze in the Chinese Super League on Saturday.

Alex Grant put in a full shift as Pohang Steelers drew 1-1 with Gimcheon Sangmu in the Korean K-League 1, while Lachlan Jackson was a 79th minute sub in Suwon’s 3-0 derby win over Suwon Bluewings.

Harrison Delbridge played a full game as Incheon United drew 1-1 at Seoul, while Aaron Calver started and played 81 minutes as Gwangju went down 4-1 to Gyeongnam in the K-League 2.

Gianni Stensness was absent as Viking lost 4-2 at Haugesund in the Norwegian Eliteserien on Saturday.

Milos Degenek put in a full shift and helped Columbus Crew keep a clean sheet in a 0-0 draw away to Real Salt Lake in the MLS.

Brad Smith started and played 71 minutes as DC United were beaten 3-1 at home by Nashville SC.

Aziz Behich has been linked with Turkish Super Lig club Alanyaspor with his one-year deal with Giresunspor due to expire at the end of this month.

Tom Rogic reportedly rejected a lucrative offer from Indonesian club Persija Jakarta this week too. Massimo Luongo has turned down a new contract offer from Sheffield Wednesday in favour of a move elsewhere.

In injury news, Harry Souttar isn’t yet ready to return to full training following his ACL injury sustained on Socceroos duty in November but he’s close. Souttar’s Stoke City boss Michael O’Neill clarified the latest, with Souttar’s return looming as a major boost for the World Cup later this year.

“We had to step Harry’s rehab back a little bit so he’s not at that point where he’s close to joining in training at this minute in time,” O’Neill said.

“Harry is working extremely hard. You can tell he’s desperate to get back out on the grass because he’s spent so long working in the gym and everything doing all that type of rehab work which can get monotonous. We’re hopeful we can see him back on the grass in the next week or two.

“He’s proven in the time we’ve had him in the team how important a player he is for us, he’s well regarded not only in our league but people obviously look at him and see a centre-half at a good age who has got massive potential. Now obviously he has the chance to go to the World Cup.

“But equally we’re not in a situation where we have to rush him back. Harry is on a long-term contract as well and we want to get the most out of him. He’s a big part of what we’re trying to do here.”